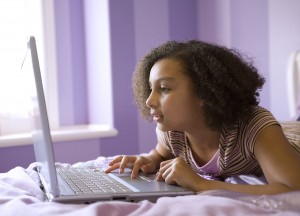 On March 10, 2015, the Internet Watch Foundation published a report entitled “Emerging Patterns and Trends Report #1: Youth-Produced Sexual Content.” This study was conducted from September to November 2014 by sourcing content from search engines and other online sources. The findings are a bit shocking.

One of the disturbing results of the study involves the distribution of these images. Though many of these images are produced by the child or adolescent themselves, the images get picked up by outside parties and redistributed without consent. The study showed that 100% of the images of children under 15 were harvested from the original websites and put up on third party sites. The images were harvested from mobile phone apps, chat sites and social networks.

The majority of the youth produced sexual images were created by children 7 to 13 years old. This is an age at which many parents don’t think their children are engaging in digital sexual behavior. Another concern raised is the severity of the content that those children under ten are creating. Almost 20% of the images of young children fell into Category B or higher.

How are children under 15 taking these pictures or videos? We tend to think that everything is done on a mobile phone these days but the study showed that 85.9% of the images were taken on a laptop/webcam and only 8.5% were on a mobile phone.

What do we learn from the numbers? We’ve got some things wrong.

When I train, the statistic I refer to is that the average age of first exposure to online pornography is about ten years old. I always say that this is an older statistic and the age is likely younger. Time to wake up. While the study does not suggest that all or even a large number of 7 year olds are generating their own sexual videos or images, some are. This study shows us clearly that we need to start talking about this topic much earlier than we actually are.