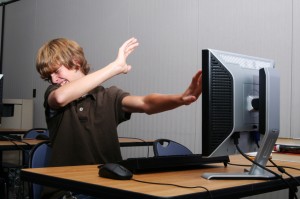 Yesterday, a British think tank, IPPR (ippr.org), released preliminary details of a study they conducted involving teenagers’ outlooks on pornography.  The full report will not be released until next week.  At that time, I will have a more in depth analysis.

The findings of this study show that online pornography does have an impact on the lives of teenagers.  This is not an imagined impact or an impact suggested by a researcher or parent.  These teens reported that accessing pornography is seen as a typical teenage behavior that became common between 13-15 years old.  Nearly half of the teens stated that sending sexual or naked videos or pictures is part of everyday teenage life.

Though this is a poll of British teenagers, I believe that we can extrapolate the results to American teens as well.

This poll quantifies the need for sex education in the digital age.  We can no longer think that our children are not exposed to or looking at pornography online or other sexualized imagery.  All of the research shows that this is their reality.  We adults may not like it and it may feel foreign, as it is a far cry from the Playboy which might have been our first pornography exposure.  In my opinion, it is often the discomfort and/or denial of parents that gets in the way of talking to children about sex, sexuality and the impact of a digital sexual world.

My plea to parents is to start talking to your children.  Get up to date.  Read the paper.  If the conversation is uncomfortable to start, perhaps use a news article such as this study or articles in your local paper about teens getting caught sexting as a starter.  Most of all, if you have a huge amount of discomfort or inability to talk about sex, seek outside council.  At this point, you cannot count on the schools to teach your children about pornography, digital sexual imagery and other content.  The consequences of not talking to your children about this can actually be dire.  If you live in a state that prosecutes sexting adolescents for child pornography, your lack of communication with your child about this subject could have very expensive and lifelong consequences for your child.